Blacks of the American Society of International Law

Blacks of the American Society of International Law (BASIL) grew out of a call issued to the organization in April 2014 by its then newly installed Honorary President Gabrielle Kirk McDonald to increase the number and influence of Blacks in the Society and in international law generally. Then ASIL President Lori Damrosch responded with the creation of BASIL, as part of her Inclusion Initiative for the Society. BASIL was launched in the fall of 2014 and is now co-chaired by Makau Mutua and Professor Adrien Wing. The group has a diverse membership comprised of 24 practitioners and professors of law.

ASIL is looking for a fellow who will provide support to ASIL’s Blacks of the American Society of International Law (BASIL). Fellows work under the direct supervision of ASIL's deputy executive director and are responsible for implementing a number of the Society's research, education, and outreach programs. Please click here for full details.

The BILRRP will support the collection and management of scholarly information resources of enduring value to Black internationalists and the enduring involvement of Blacks in international law. It will also identify international legal issues of special concern to Blacks in the United States, and then conduct, sponsor or otherwise promote research, discussion and debate on these issues, and promote public education about international law while stressing the relevance of that law to the problems and concerns of Blacks in the United States and beyond. The Black students and junior professionals outreach platform will foster communication, information-sharing, cooperation and networking among Blacks in international law; work to expand career opportunities for Black students and junior professionals in the field of international law through the development of a BASIL internship at Tillar House, a fellowship program akin to the Helton Fellows initiative with a career mentorship component. The outreach platform would also host an annual career fair at Tillar House aimed at increasing the number of Black international lawyers. This would ideally be supported by an outreach coordinator within ASIL.

Blacks of the American Society of International Law (BASIL) is seeking to increase the number and influence of Blacks not only in ASIL, but also in the field of international law in the United States generally. To that end, BASIL is undertaking the creation of a Directory of Blacks in International Law which will be a useful tool for sharing information within the community, and for making collective resources available to students and others interested in careers in international law. By completing the form below, you can register to be included in this Directory.

Who will be listed in the Directory? The Directory of Blacks in International Law will list Blacks of African descent who are involved in international law as legal practitioners, jurists, academics, and with government and non-governmental organizations.

BASIL Career Panel & Speed Mentoring Event
BASIL hosts an annual career and speed mentoring event for law students and practitioners at every ASIL annual meeting. You will be able to meet with experienced lawyers in every field of international law. 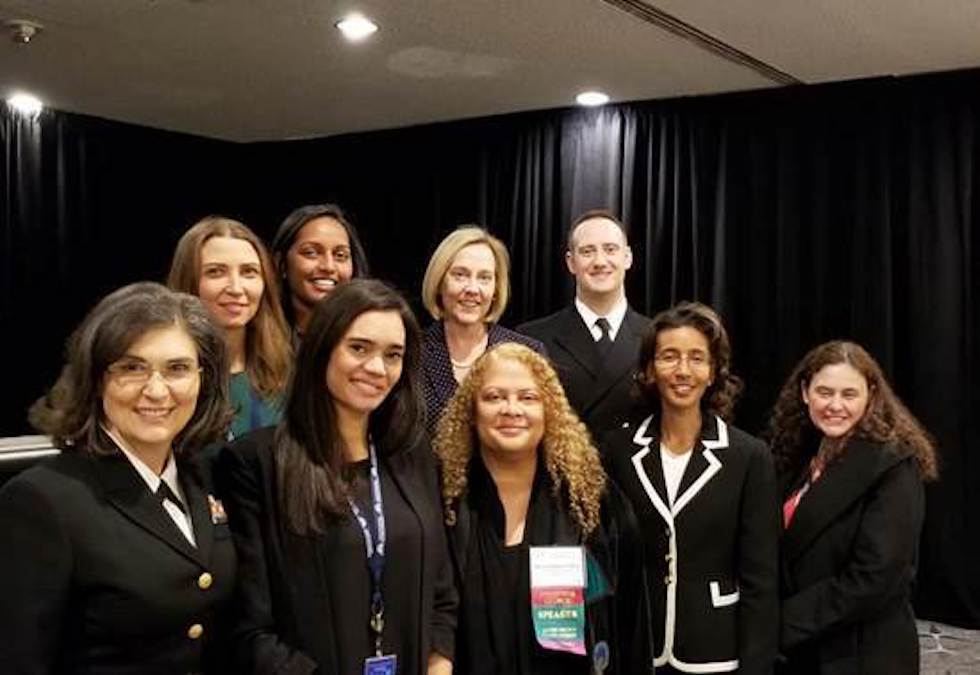 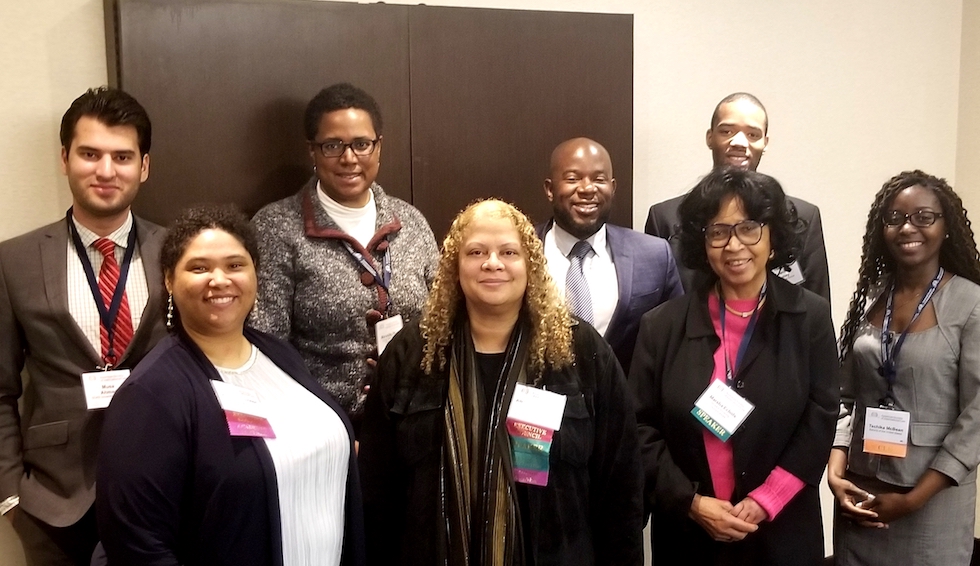 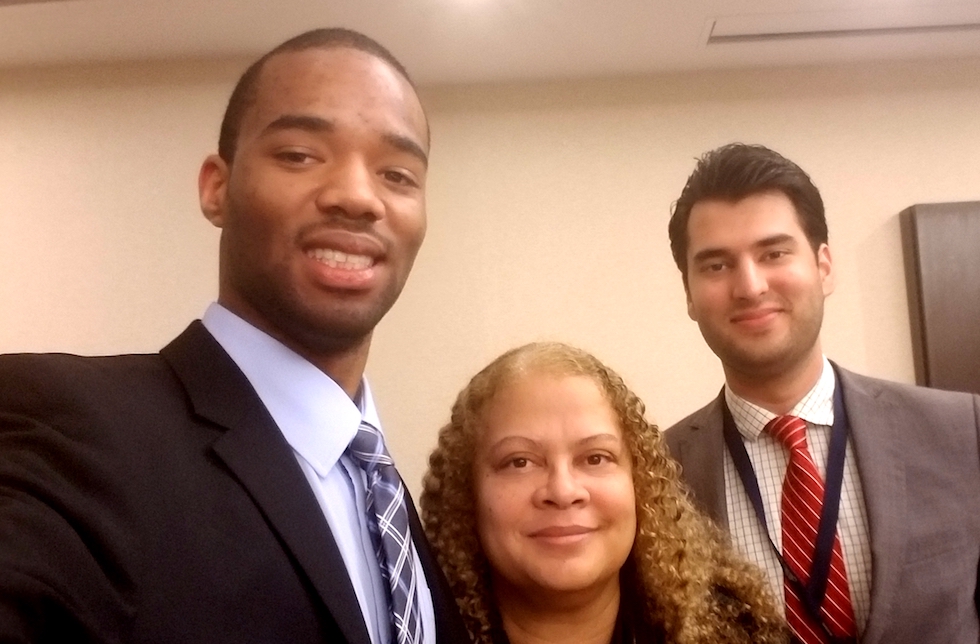 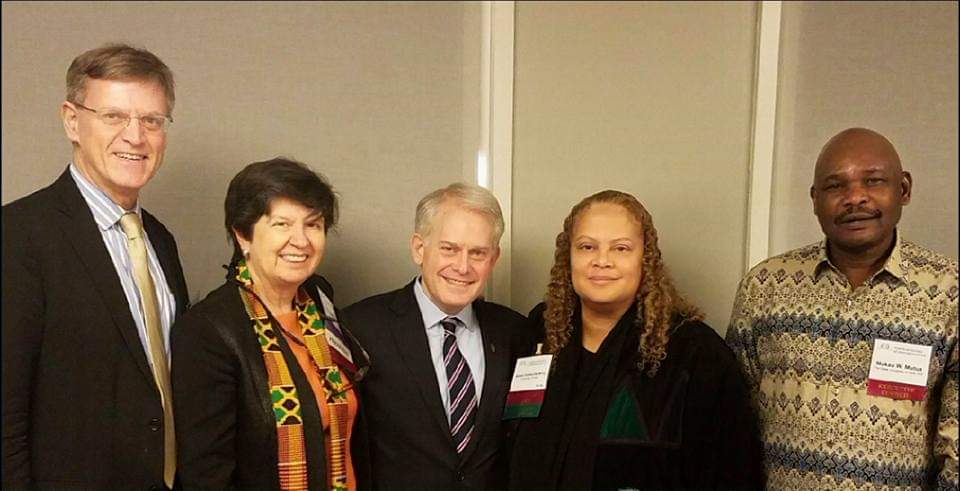 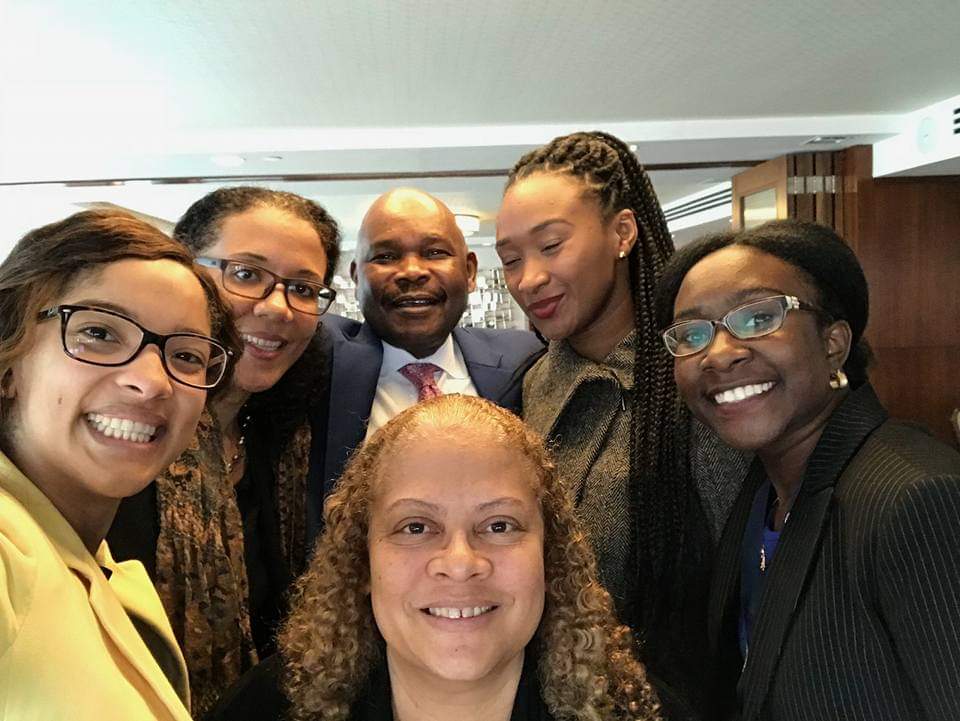 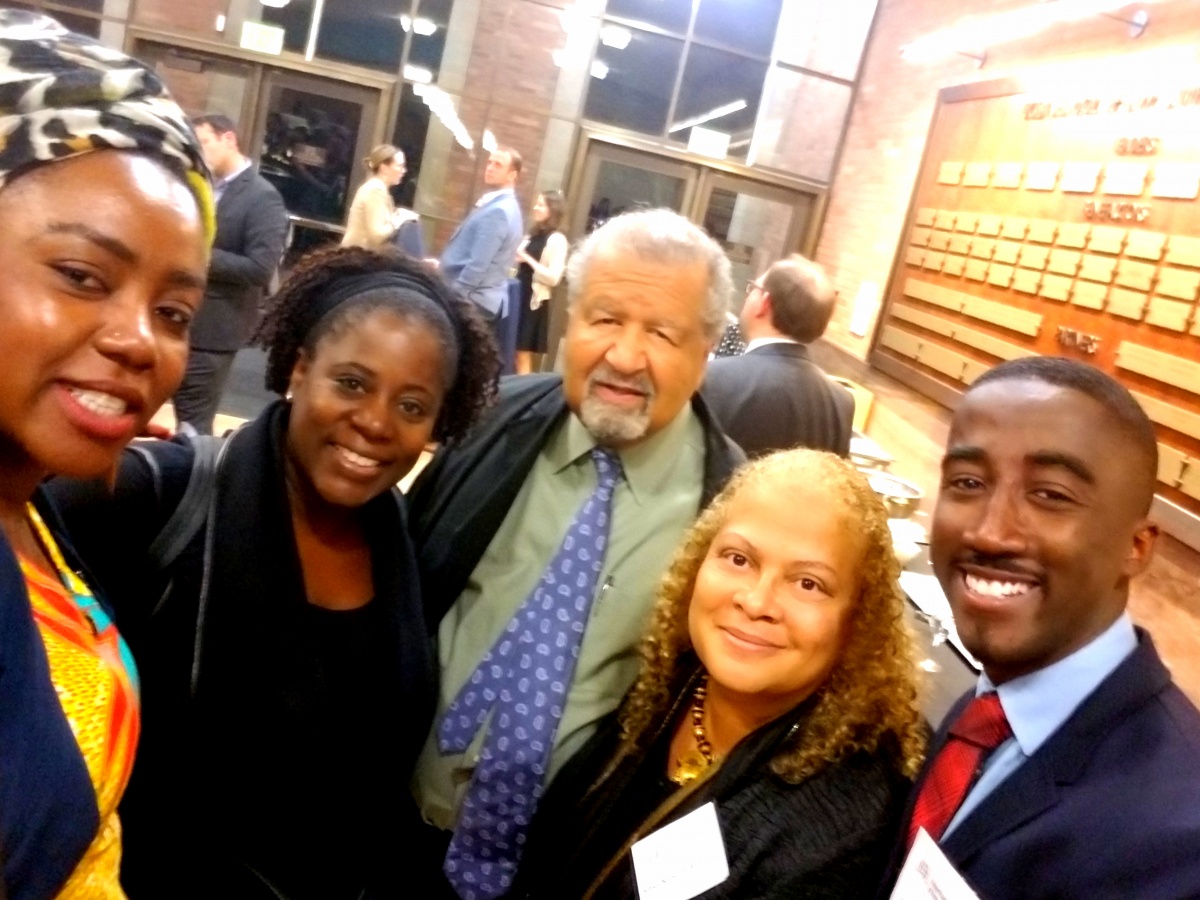 BASIL held an event at Howard Law School just prior to the start of the 2015 ASIL Annual Meeting. We held an informational panel followed by a speed mentoring session, and ended with a reception. 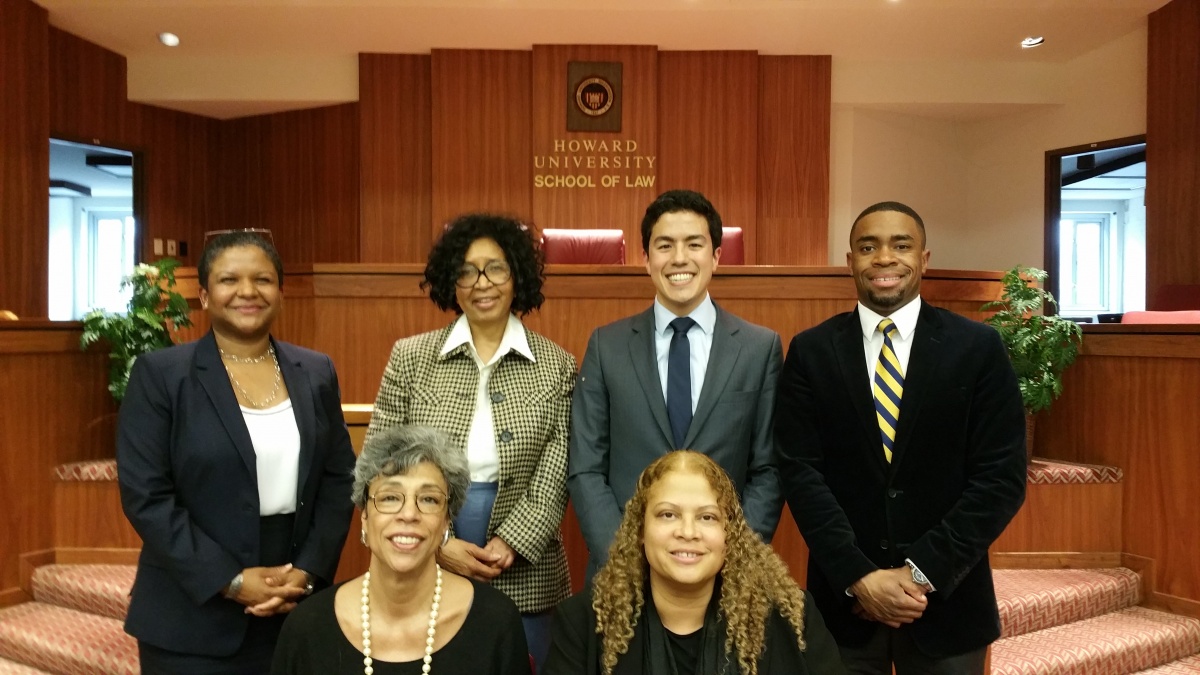 BASIL held an inaugural reception and its first business meeting at the ASIL Midyear Meeting in Chicago, IL, in early November 2014. . 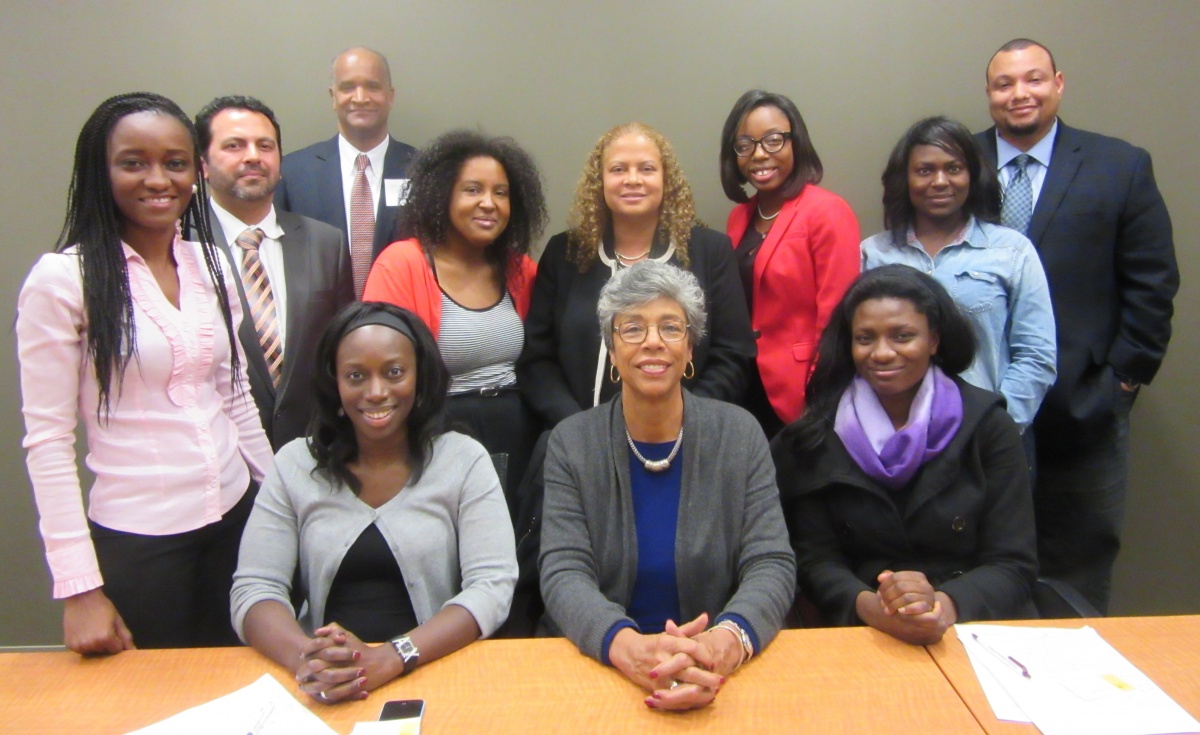 BASIL members with local Black students at the task force’s inaugural reception in Chicago, IL, as part of the Society’s Midyear Meeting in November 2014.

There are approximately 100 Black members of ASIL. The Society’s first and only Black president was Clyde Ferguson, who served from 1978 to 1980. Goler T. Butcher was the first Black vice president of the Society. She has been followed in that position by Black members Henry Richardson, Adrien Wing, Makau Mutua, and Chantal Thomas. Richardson, James Gathii, and Natalie Reid are the first Blacks to serve on the board of the American Journal of International Law. Judge McDonald is the first Black to serve as honorary ASIL president. Richardson and Butcher formed the Society’s Southern Africa Interest Group (now called Africa Interest Group) in the 1980s during the South Africa apartheid era.

For more information and to become involved with BASIL, contact Co-Chairs Adrien Wing at adrien-wing@uiowa.edu or Makau Mutua at mutua@buffalo.edu.