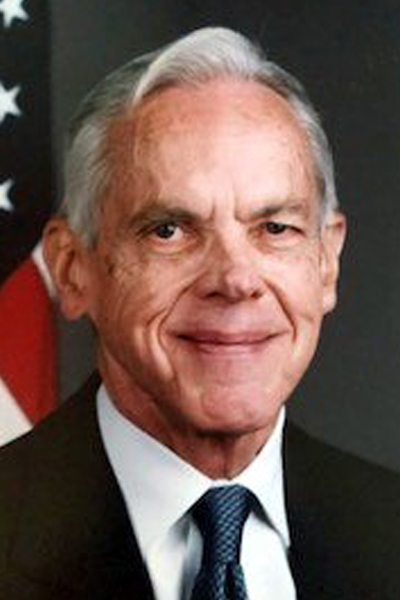 Robert E. Dalton, who died on July 9, 2019, was a cherished member of the Society for more than 50 years, and a friend, colleague, and mentor to generations of ASIL members.

On June 25, 2020, during the Opening Ceremony of the 2020 Annual Meeting, the Society paid tribute to Bob and announced the establishment of an annual book award in his memory, to be called the "Robert E. Dalton Award for Outstanding Contribution to the Field of Foreign Relations Law."

Bob believed deeply in the Society's mission—"to foster the study of international law and to promote the establishment and maintenance of international relations on the basis of law and justice"—and he personally advanced that mission in innumerable ways, including through his long and distinguished service at the U.S. Department of State.

Shortly after Bob's death, representatives of his family approached the Society about the possibility of their making a substantial gift "that recognizes Bob's service and achievements" and "strengthens the Society." They also told us that it was "important to the family for the gift to be used in a way that may inspire, encourage, and support others for many years to come."

A number of possibilities that might achieve these purposes was discussed with the family. The idea that resonated most strongly with the family and with the Society was to establish an annual book award in Bob's field of expertise.

And so, after due consideration, the Executive Committee approved in fall 2019 the creation of a new book award honoring Bob's devotion to the Society and its mission, his dedication to inspiring the "next generation" of scholars and public servants, and his commitment to scholarly excellence, to be called the "Robert E. Dalton Award for Outstanding Contribution to the Field of Foreign Relations Law."

The Society's Executive Council selects the winner of this annual award upon the recommendation of the Book Awards Committee. The inaugural award was presented during the 2021 Annual Meeting.

The Society would like to express its deep appreciation to Bob's family for giving it the opportunity to honor Bob's life and achievements and to perpetuate his legacy.

He will be greatly missed. But he will not be forgotten.

Robert E. Dalton was a leading authority on the law of treaties, having represented the United States at the Vienna Conference at which the 1969 Convention on the Law of Treaties was adopted. He spent 36 years in the Office of the Legal Adviser, serving as Assistant Legal Adviser for Treaty Affairs, Counselor on International Law, and Senior Adviser on Treaty Practice.

A few weeks after his death, Bob was recognized with the Secretary's Career Achievement Award at a ceremony marking the 230th anniversary of the Department of State. Deputy Secretary Sullivan noted that Bob had served at State for 61 years, working under 19 Secretaries of State.

Bob also felt the call to share his knowledge with the next generation. For many years he was an adjunct professor at Georgetown University Law Center, teaching, writing, and counselling students and colleagues until the end of his life. In the words of his niece, Colleen, "He was a passionate sharer of information and stories and also a sincere listener. He was always eager to educate, yet always eager to learn." Bob's influence on his students and colleagues was profound, and his legacy will live on in the lives of all who knew him.

At his memorial service, Bob was fondly recalled by our friend and colleague, Harold Koh, who served as Legal Adviser from 2009-2013. Harold wrote:

I first heard of Bob when I was a law student in the 70s, and read his classic law review article on treaties with Kearney. . . When I came to the Office of Legal Counsel at the Justice Department [in 1983], I asked Bob if he was related to Dalton of Kearney & Dalton on Treaties, and he said, "I am Dalton." . . . Bob knew everything about treaties, which he invariably conveyed with grace, brevity and a wry smile. . . Bob . . . always looked exactly the same; he reminded me of Fred Astaire: graceful and supremely competent. He . . . was a devoted international lawyer and a lovely man.

I met Bob in 1987 when, as a young attorney, I joined . . . the Office of the Legal Adviser. Bob was immediately introduced to me as the "go-to person" for all issues of treaty law, large or small. I found that to be true during my eleven years at "L", made all the more remarkable given Bob's very modest demeanor. He was the kind of person who would sit and listen quietly to all of us argue for half an hour or so, and then thoughtfully and succinctly tell us the right answer. After I left the Department . . . we kept in regular contact, sometimes even bumping into each other as I spotted him jogging along the streets of Washington. He will be deeply missed.